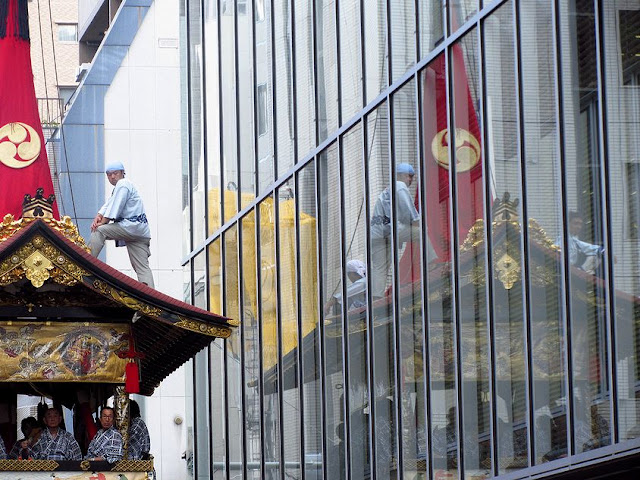 Rehearsal in a narrow street.
The parade of 32 floats are held on July 17th on the main roads.

The climax of Gion Festival is the parade of 32 floats held on July 17th. Before the festival, people in a community is rehearsing the parade.  The float is being pulled through such a narrow street where the buildings, houses and even electric poles with the  heavy electric wires  are lined with on both sides . The tall poll on the top of the float swings slowly from right to left, left to right. Often it almost touches the wall of a building or electric wires. 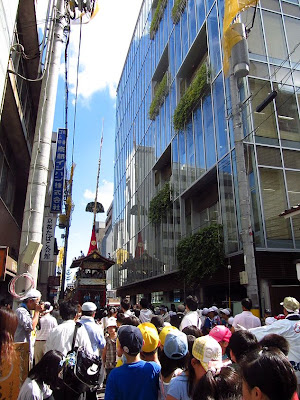 A yellow net covering a transformer is to protect a float. 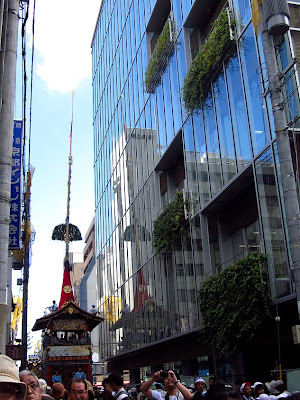 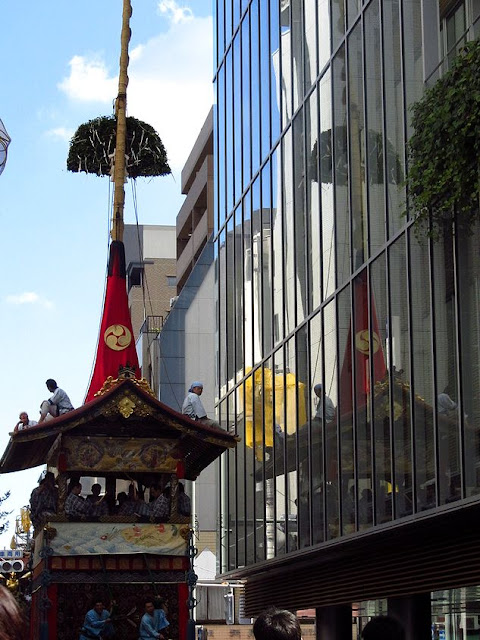 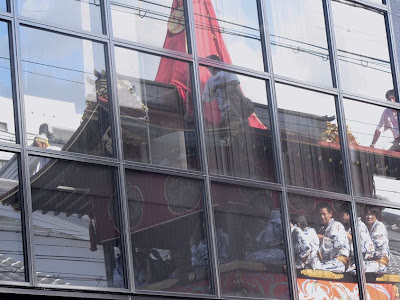 Each float is carefully preserved and maintained  by each local community. To have a float and join Gion Festival is the greatest honor for the Kyoto people.

Gion Festival is the 1200 year old  pride of Kyoto People. Every year on July 17th , 32 floats  are paraded through Gion Area in Kyoto. 32 floats are  decorated with gorgeously embroidered tapestries or carpets, exquisite paintings and more. Some of them are from foreign countries, such as China, Korea, India, Persia and  Belgium.  No wonder, they are nicknamed  "Moving Art Museum". This paraded is only part of Gion Festival. The festival continues one month long from July 1st through 31st. 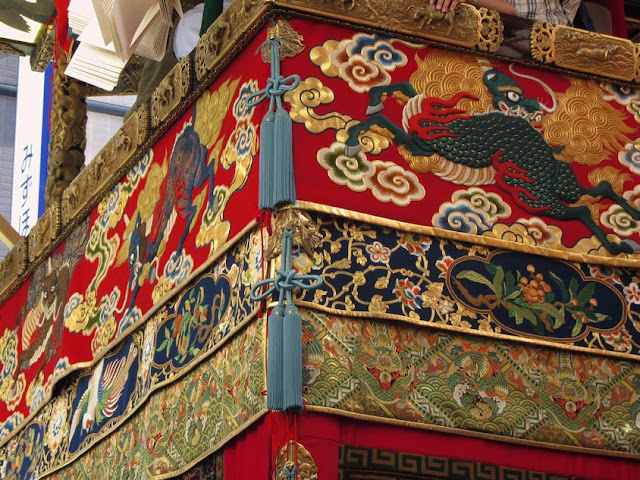 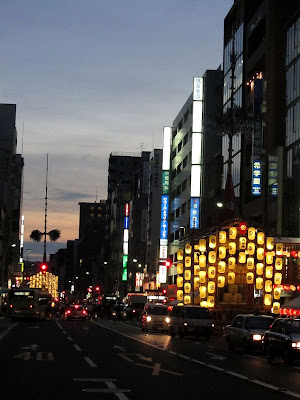 At night floats displayed on a main street are illuminated by paper lanterns.

The origin of the festival dating back to the 9th century when a bad plague prevailed Kyoto and tormented people. This time of  year in those days, the outbreak of the plague occurred often. Because heavy rain caused floods and the severe summer heat rotted water. The rotten water caused the plague and tormented people.  At that time, they believed that natural disasters and diseases were caused by evil spirit. To appease or drive away evil spirit,  66 pikes were hoisted in the holy garden of Imperial Palace to pray to the deity for help. Some of the floats have well kept the legacy of these 66 pikes. But, why 66?? Because in those days, there were 66 provinces in Japan. Still now Japan is the country which has suffered from terrible natural disasters. The great earthquake which hit Tohoku area on March 11th is too vivid in our memory. Now, we do badly need Gion Festival.

Thanks a lot for visiting my blog and leaving warm messages. I will visit your site soon. keiko 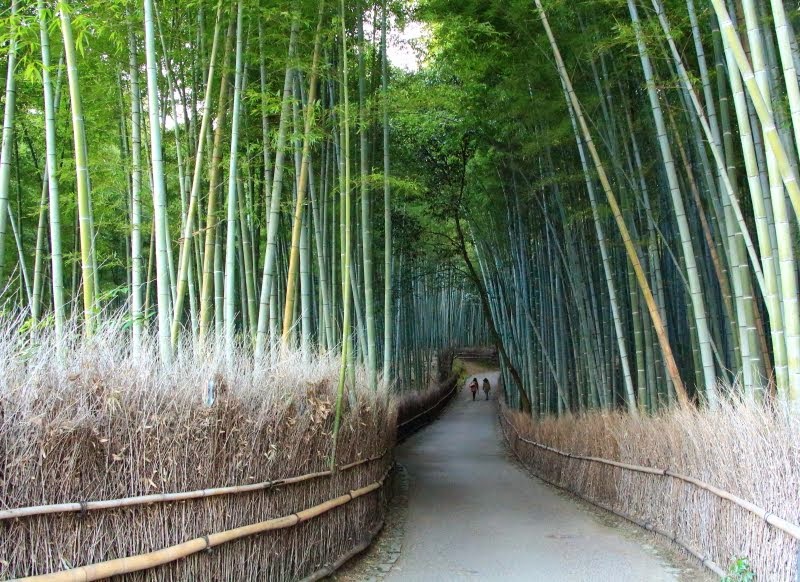 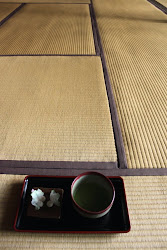 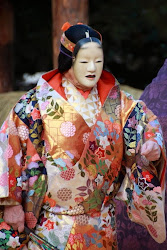 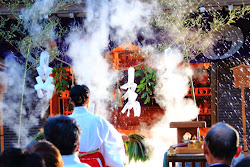 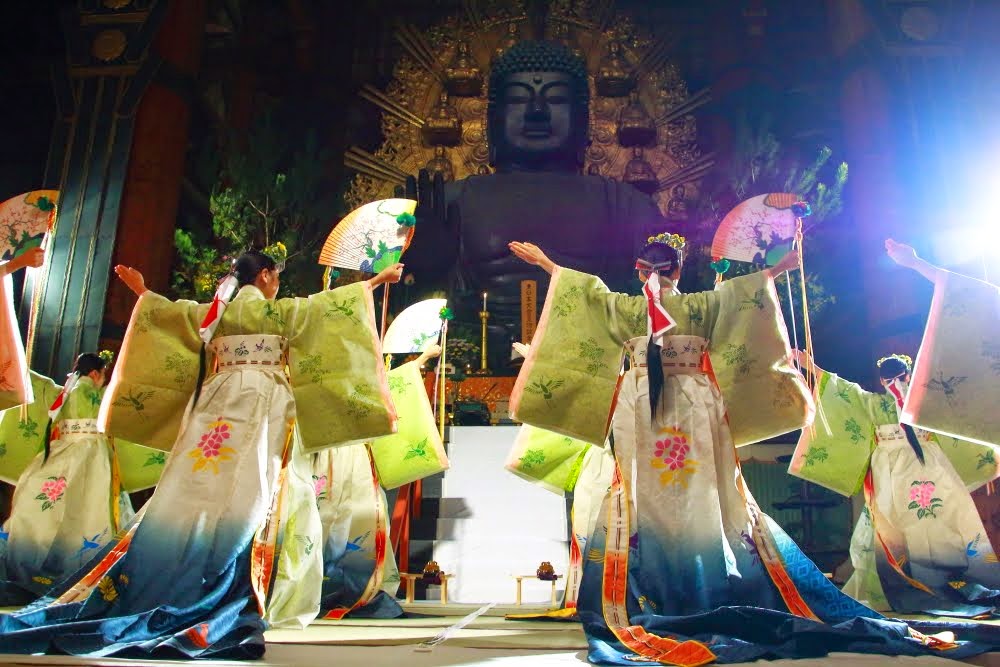 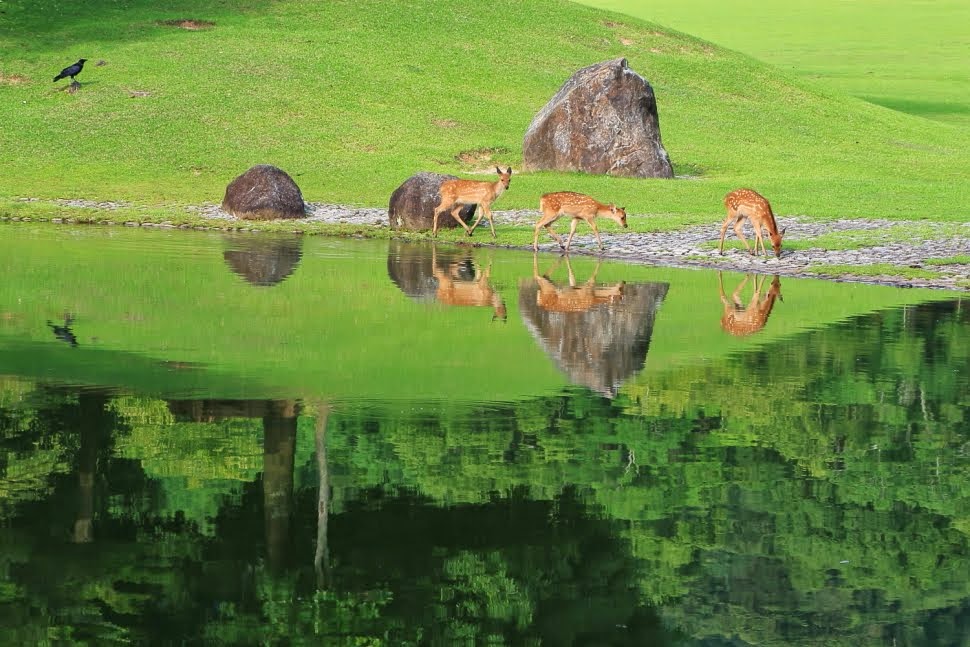 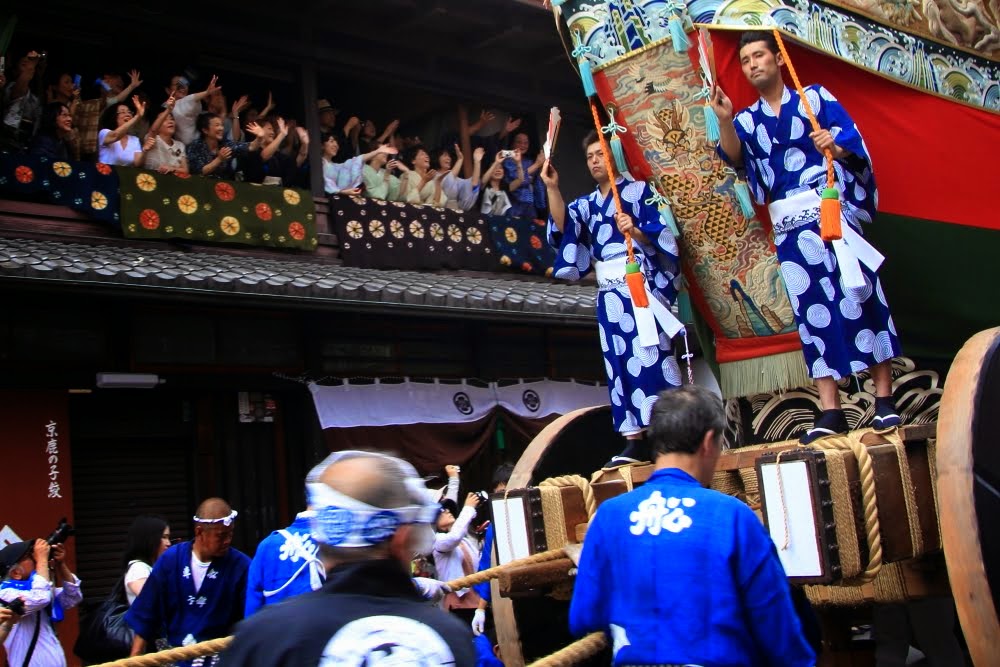 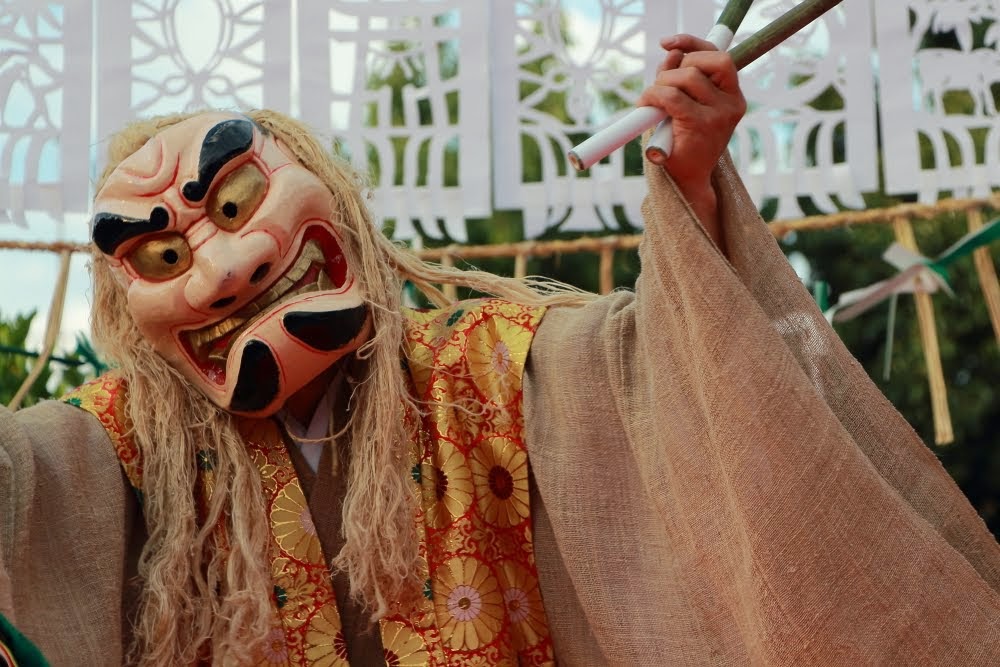 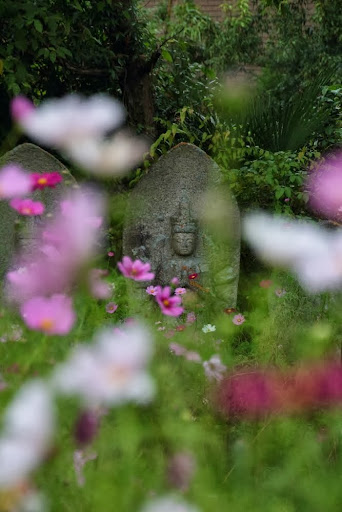 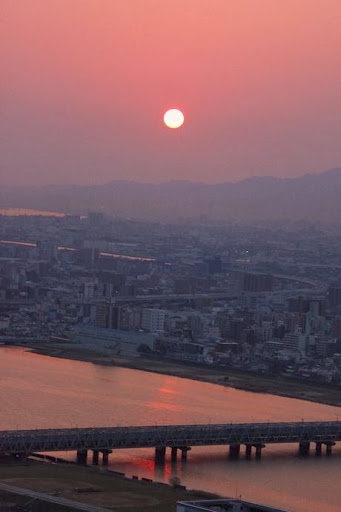 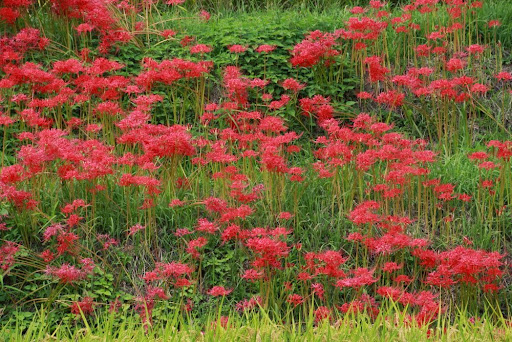 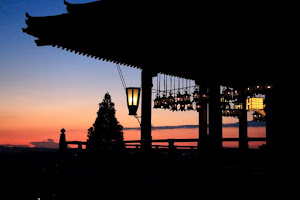 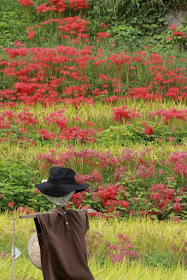 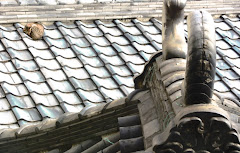 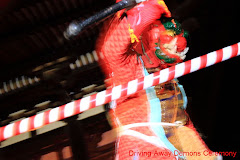 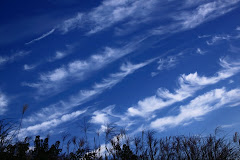 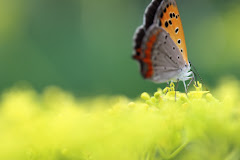 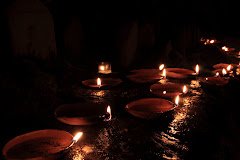 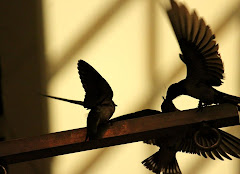 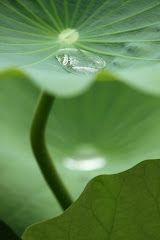 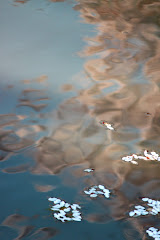 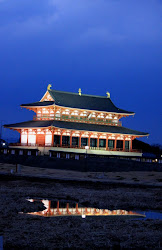 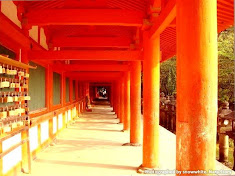